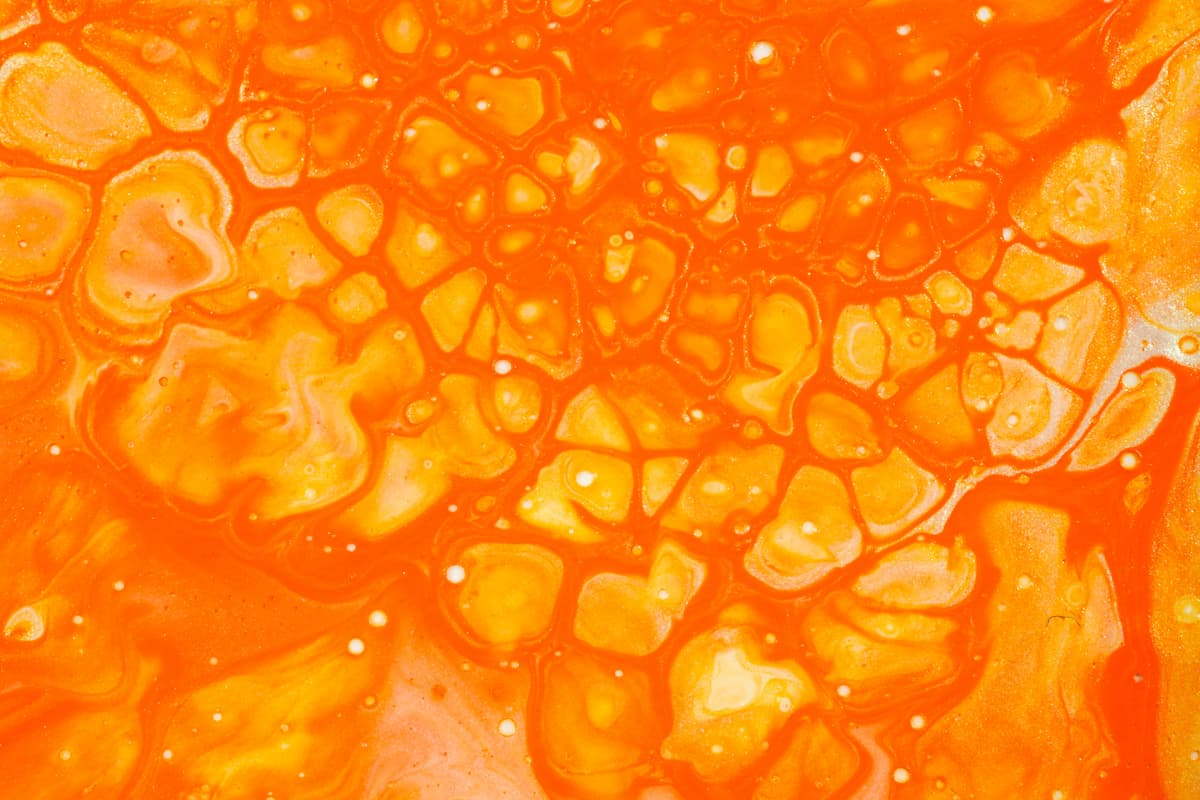 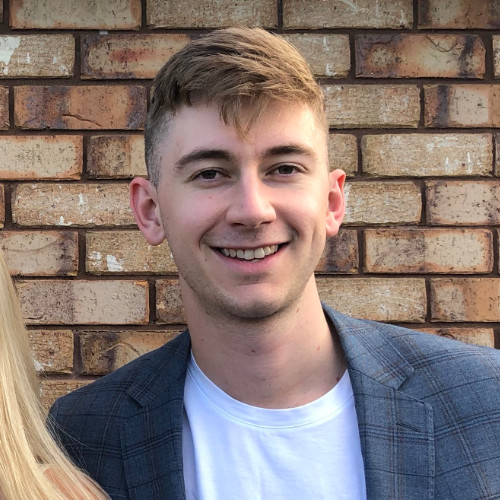 Updated on
April 7, 2022
Recently we hosted Hugh Williams as our guest speaker, in conversation with Expert360s CEO and Co-Founder Bridget Loudon, who spoke openly about Tech Leadership, product strategy, and building and growing the next generation of tech leaders.
Published
April 4, 2022
Similar Articles 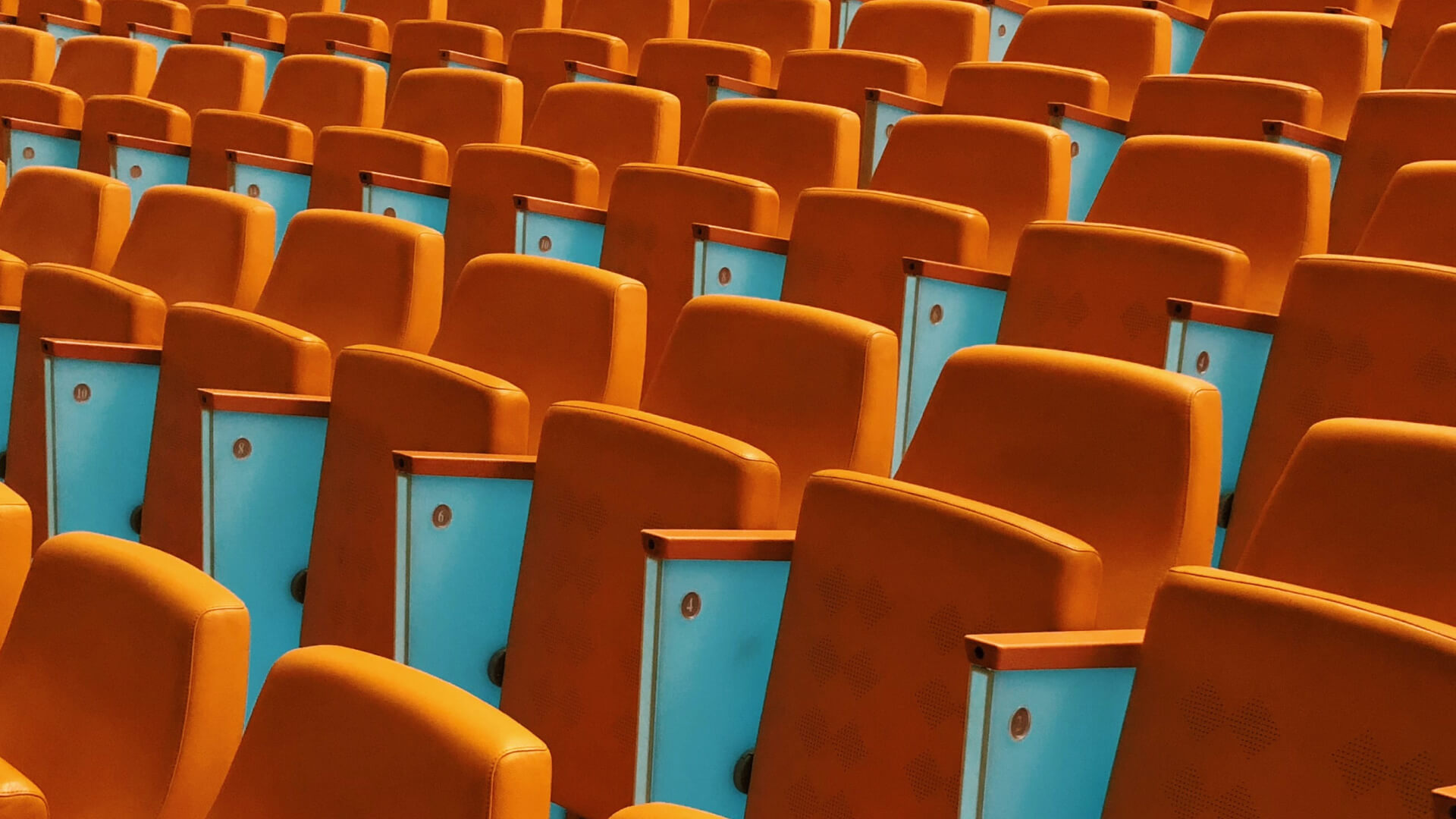 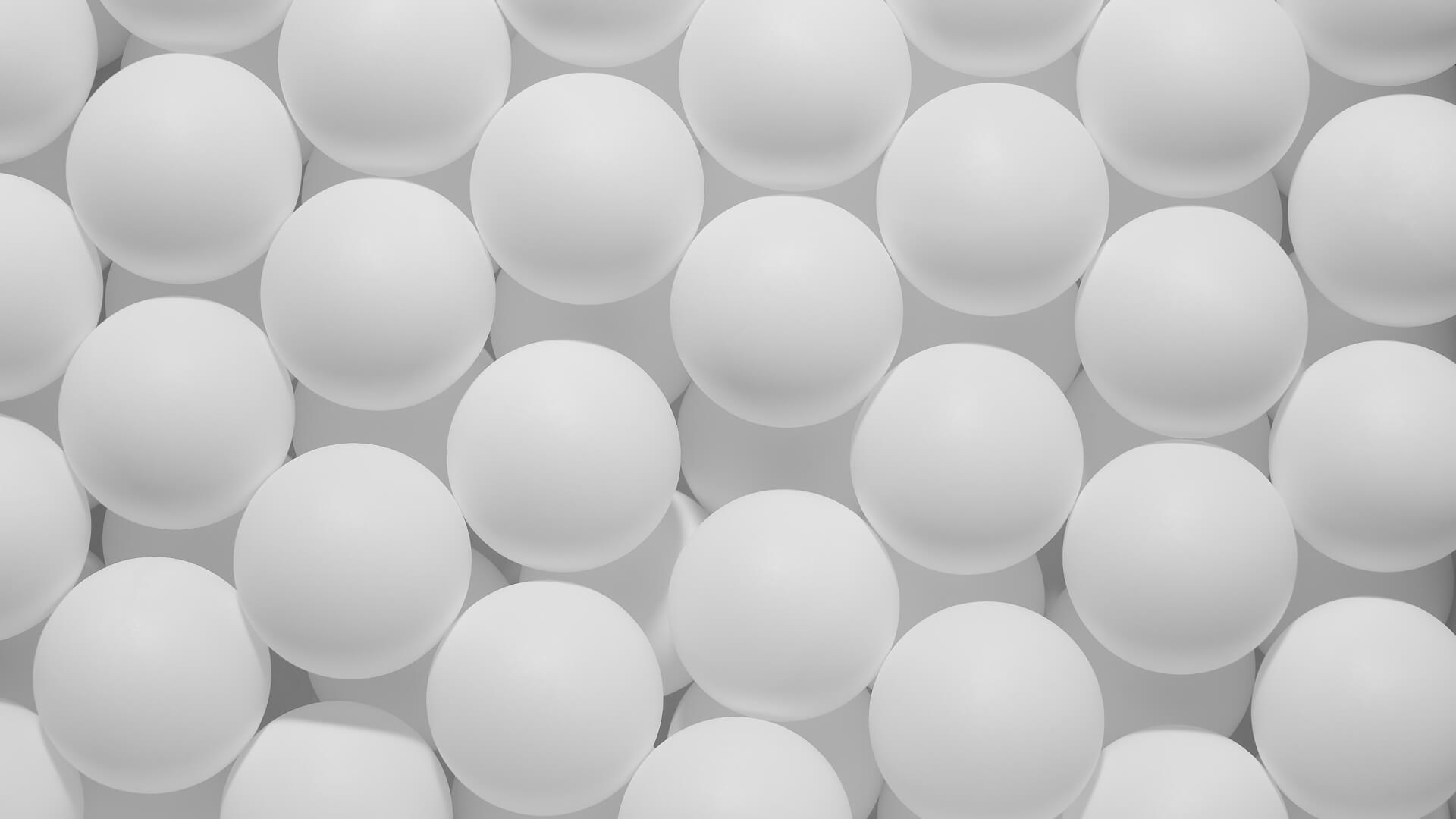 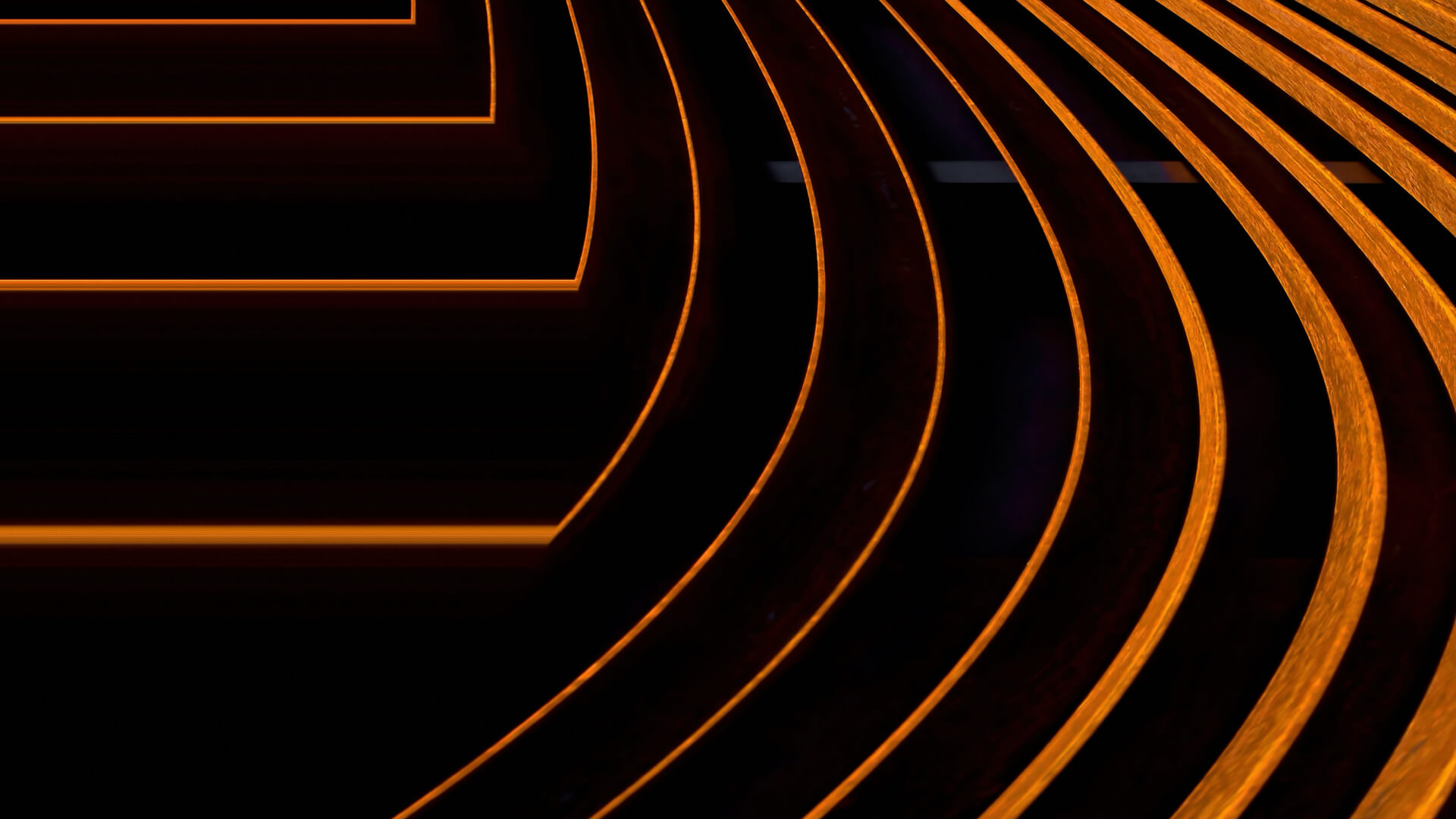 Expert Series is our monthly flagship event series designed to encourage meaningful discussions with business leaders about the future of work, business, technology and leadership.

Recently we hosted Hugh Williams as our guest, in conversation with Expert360's CEO and Co-Founder Bridget Loudon, who spoke openly about tech leadership, product strategy, and building and growing the next generation of tech leaders. ‍

Hugh Williams is an advisor, investor, and former tech executive. Through his advisory practice, he has worked with companies such as Expert360, Doordash, Moonpig, and Ocado. He is also the co-founder of CS in Schools and a Professor at the Melbourne Business School.

Hugh was formerly an engineering vice president at Google and has also previously held senior product and engineering roles at eBay and Microsoft. He has a PhD in Computer Science from RMIT University and is a Fellow of the Australian Academy of Technology and Engineering.

While our Expert Series events and the recording are only available to our community, we’d like to share some of Hugh’s insights with you here.

On Technology and Community

At a young age, Hugh had exposure to computing and technology at a time where most people didn’t have access to a personal computer - let alone know what a PC was. With FORTRAN books laying around the house, he would read them and then experiment on the computer that his father had built out in the shed.

Without the internet or a community of people interested in the same things as Hugh, he would have to learn and experiment with everything from the ground up - whereas today access to education and technology has been democratised to an incredible level.

You can now learn to code by having a basic computer with an internet connection and using a browser based tool like Replit.

“I think what's particularly powerful today is the community piece. So even if you don't want to be part of the community, you can sort of access the community, right? So you can go online and search for the problems you have and there's these huge communities of experts out there who are churning out information about how to solve the kinds of problems that you're probably experiencing.”

On Innovation and Competition

After being personally asked by Bill Gates to join the Microsoft search team, Hugh joined and began to contribute his expertise to the team and the product.

With Google owning a large chunk of the search market and Hugh’s team about six years behind, he realised that if Microsoft wanted to make a splash in the search market, they would need to innovate and compete on the user experience, rather than attempting to compete on search relevance and data.

From this realisation, a new technology was born - infinite scroll. Hugh and his team invented infinite scroll to create a superior image search user experience at Microsoft, and this technology is now ubiquitous across almost all of the apps we use today.

"Why are they [Google] the dominant search player today? I'd tell you the answer primarily is they have more data than anybody else. So, you know, If you sort of won in the way they did around 2000, and then you keep all that data and you use that data in smart ways to improve your experience, you create an unassailable lead.”

On MBA’s and North Star Metrics

Following his time leading the image search team at Microsoft, Hugh joined eBay to help reinvigorate the company and transform them from an MBA-led firm into a ‘technology people’-led firm.

At the time, eBay had around 43 corporate goals. This created a negative environment where teams pushing forward on their goals would hinder the progress of other teams and their goals.

Hugh worked with the leadership team to create one goal that the entire company would be unified around - growing Gross Marketplace Value (GMV - essentially, the number of dollars flowing through the eBay ecosystem).

This north star and customer-centric metric resulted in a culture shift where everyone in the company had clarity on doing their part to grow GMV, and creating a win-win-win situation for eBay - buyers buy more, sellers sell more, and eBay makes more money by creating a winning ecosystem.

“One of those powerful things you can do as a leader is simplify things for people down to what really, really matters - and don't confuse them with things that don't matter.”

What advice would you give your younger self when starting your career?

“I think it'd probably be more leadership advice than any sort of technical advice or company advice or structural advice. I'll tell you when I was younger, I was a very black and white person - things were sort of right or wrong.

You know, there's always two sides to every story. Person A believes X and Person B believes Y, but the truth is somewhere in the middle for just about everything.

‍‍Everybody has a perspective for a reason. And most people are good. Most people are there for the right reasons. And I think taking time to sort of understand how people interact with the perspective they have, I think would have helped me a lot in my career. It took me a long time to understand that everything is grey, and not black and white.”

“What great companies are made of are groups of people that work successfully together. Not a bunch of small teams that fight with each other.”

What advice would you give on management and leadership?

“When you become a manager, you kind of wish all the people that work for you would work better together. You're like, ‘I wish they worked better together and would stop fighting and get aligned on things’. And then you forget that that applies to you and all of your peers - that's exactly what your boss is thinking!

Your boss is not thinking something different, they’re thinking, ‘I wish all these people would work together as a team and understand the problems that I have and help our organisation succeed.’ But somehow, for a lot of people, it stops at them. You know, they sort of wish their people would do it, but they don't realise they're part of a broader ecosystem”

Expert Series is our flagship monthly event series, where we invite extraordinary business leaders to meaningful conversations about the future of work and business. We were so glad to be able to have Hugh join us for this conversation and deliver some of his insights and knowledge to the Expert360 community.

If you’d like to join us for the next Expert Series event, apply to join our community here and start doing the best work of your life with Expert360 - on your terms. We’ve previously hosted Robyn Denholm (Chair of Tesla), Matt Loop (Head of Asia Pacific for Slack), and Cliff Rosenberg (Former Managing Director of LinkedIn, ANZ) and have many more incredible leaders joining us soon.

To learn more about Hugh’s organisation CS in Schools and their mission to create sustainable change in Australian digital technology education, visit the CS in Shools website here.

Whether you're just getting started as a freelance professional or already established in your field, join Expert360 and be part of our elite community that gives you the tools, information, connections and confidence to do the best work of your life.

Thanks! You're now a member of The 360˚ View. Keep an eye out for the next one in your inbox.
Oops! Something went wrong while submitting the form.
Mobilise Your Dream Team